The Martin Ennals Foundation has granted Yu Wensheng, a leading Chinese human rights lawyer, the 2021 Martin Ennals Award. Wensheng was among the three Finalists to the Award selected by a Jury of ten global human rights organizations, along with Loujain AlHathloul, Saudi Arabia, and Soltan Achilova, Turkmenistan. 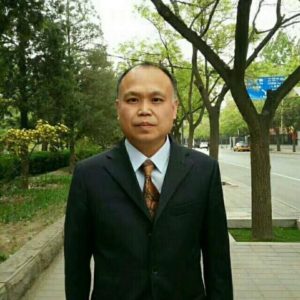 This year, three outstanding human rights defenders based in authoritarian states were nominated for the 2021 Martin Ennals Award for Human Rights Defenders. Laureate Yu  Wensheng (China) and co-Finalists Loujain AlHathloul (Saudi Arabia) and Soltan Achilova  (Turkmenistan) distinguish themselves by their bravery and deep commitment to human rights,  despite the many attempts to silence them by their authoritarian governments.

“The Martin Ennals Foundation is proud to honor three Awardees united by their fight for  justice and the fact that they are deprived of the right to express themselves. On the eve of the  Chinese New Year, we hope this recognition of Yu Wensheng’s work will shine a light on his achievements and help him regain the freedom he has lost”, says Philippe Currat, President  of the Board of the Martin Ennals Foundation.

With confinements clamping down on communities across the world, the Martin Ennals  Foundation was determined to transcend the pandemic by celebrating them with an enhanced  online ceremony, livestreamed on 11 February at 6pm CET from Geneva to worldwide  locations.

“While the COVID-19 pandemic affects all of us around the world, human rights defenders are paying a particularly heavy price. In regions where human rights were violated long before the pandemic, this crisis served as a pretext to further reduce civic space. Today, more than ever, the City of Geneva stands by those brave defenders and thanks them for their contribution to our common humanity”, says Member of the Geneva executive Alfonso Gomez.

Yu Wensheng (54) is a human rights lawyer in China who drew the ire of  government authorities by defending other lawyers detained in the 709 crackdown  and calling for constitutional reform. Wensheng is detained since 2018; he has  been harassed, disbarred, and convicted in secret for inciting subversion against state  power. Reports also say that while in custody, Wensheng has been tortured and is denied  medical care. In December 2020, a regional Court of Jiangsu province upheld an appeal  against his four-year prison sentence. He has now been sent to Nanjing prison, 1045 Km away  from his family who could recently briefly talk to him via videoconference.

His wife, Xu Yan, welcomed her husband’s nomination to the Martin Ennals Award: “It is an  honor for my husband, but also an encouragement to all Chinese human rights defenders to  pursue their work despite the hardships”, she said. Xu Yan keeps relentlessly fighting for her  husband’s freedom while his health is failing behind bars: “My husband always helped others and defended the rule of law. He was never guilty and should be acquitted immediately”.

“In 2020, Chinese authorities harassed human rights defenders raising concerns about  COVID, defending ethnic minorities, and standing up against corruption. Yu Wensheng and  his wife Xu Yan deserve all our support as they bravely call for basic human rights and the  rule of law”, says Andrew Anderson, Front Line Defenders Executive Director and member  of the Jury. 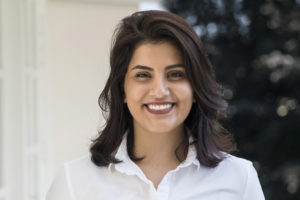 Loujain AlHathloul is a leading women’s rights defender, who fiercely advocated for the Women to drive movement and for the end of the male guardianship system. She was imprisoned in 2018 on charges related to national security. Tortured, denied medical  care, and subjected to solitary confinement, Loujain (31) was sentenced to 5 years and  8 months in prison on 28 December 2020. Loujain got released from prison on February 10, but for her family, this doesn’t mean Loujain is free yet:  “A five year travel ban, three years of probation and a life-long labeling as a terrorist: this is not freedom! Loujain and all other women human rights defenders in Saudi Arabia  should be released unconditionally”, claims her sister Lina AlHathloul. 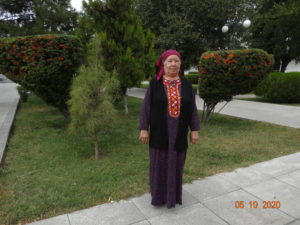 Soltan Achilova is an independent reporter documenting on human rights violations in  Turkmenistan. Despite threats, surveillance and harassment, she denounces those  abuses and reports on rampant Covid infections, endemic food insecurity and forced  evictions. Due to her 71 years of age and health issues, Soltan has often thought of  giving up her work, but “someone must tell the world about what’s really going on in  Turkmenistan”, she believes.