Since his first year of University in 1974, Robert Sann Aung has courageously fought against human rights abuses. He has been repeatedly imprisoned in harsh conditions, physically attacked as well as regularly threatened. His education was interrupted numerous times and he was disbarred from 1993 – 2012. Throughout his career he has provided legal services, or just advice, often pro bono, to those whose rights have been affected.

Only months after starting University in 1974, he became a student activist. That December, students called for the recently deceased UN Secretary General U Thant to be buried with a State funeral. After a week of demonstrations, the military responded in force killing over 100 students. Robert was arrested, interrogated, and only released after two months.

Robert Sann Aung outside a court house. Since the mid-1980s, Aung has been defending Myanmar’s most marginalised, including political protestors, child soldiers and student activists.

Universities were closed and Robert had to restart his studies the next year, 1976, but was detained again for his student activism, and restarted his studies for a third time in 1978. He received his Law Degree in 1982. The same year he worked on the defence of soldiers accused of high treason.

For this he was accused of being part of the Karen National Union and threatened with disbarment.

He continued to provide legal advice pro bono and wrote about the need for the Rule of Law. He worked on numerous high profile cases. He was detained again in 1988 for some months. Following the rigged election in 1990, he took up the legal challenge of Peter Linn Bin, an independent candidate, who challenged the result. Robert was threatened by the military for taking the case. He was stripped of his license to practice law, with no opportunity to defend himself.

He continued to provide advice where he could and was imprisoned from 1997 to 2003 for his efforts towards democratic governance. In 2008 he was attacked physically by political supporters of the government and jailed under extremely harsh conditions for two and a half years. 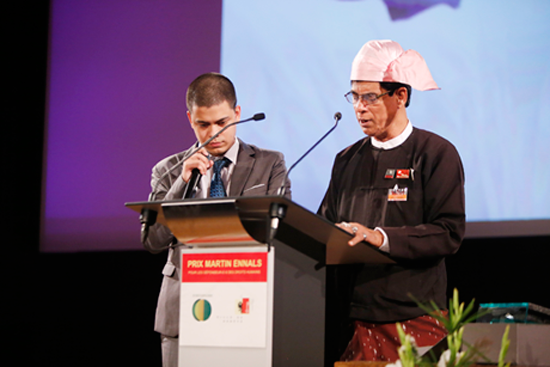 In 2012 he managed to regain his license to practice law. Since then he has worked on behalf of jailedchild soldiers, those protesting at a contested copper mine, peaceful political protesters, those whose land has been confiscated by the military, as well as student activists.

Robert Sann Aung and his son giving a speech at the 2015 Martin Ennals Award.

Although the government of Myanmar has been more open in recent years, Robert Sann Aung is still receives threats from the security forces when he takes sensitive cases, which he does with little hesitation. He works tirelessly within a legal system despite the fact that the authorities or those with means are able to influence the courts. 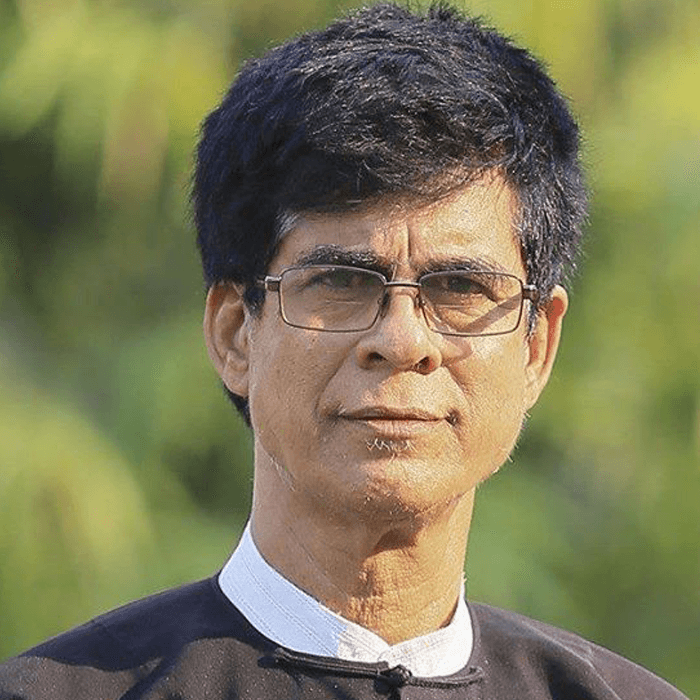 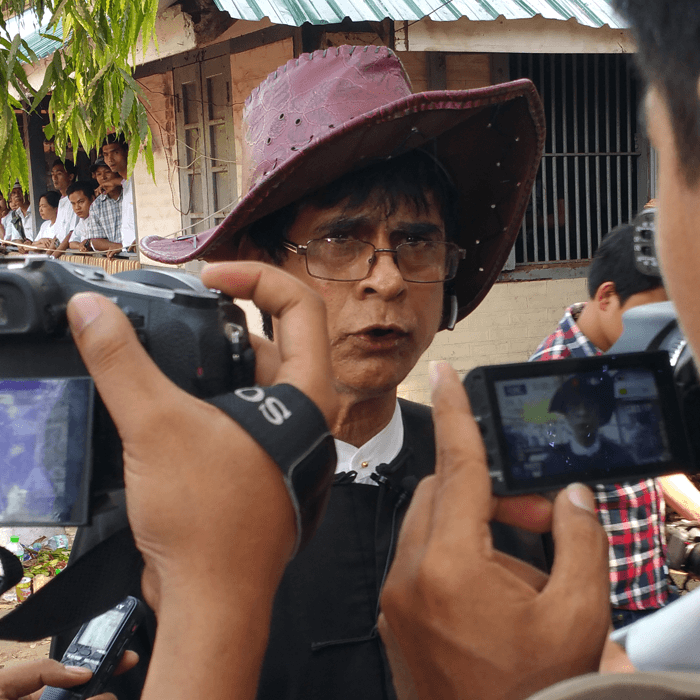 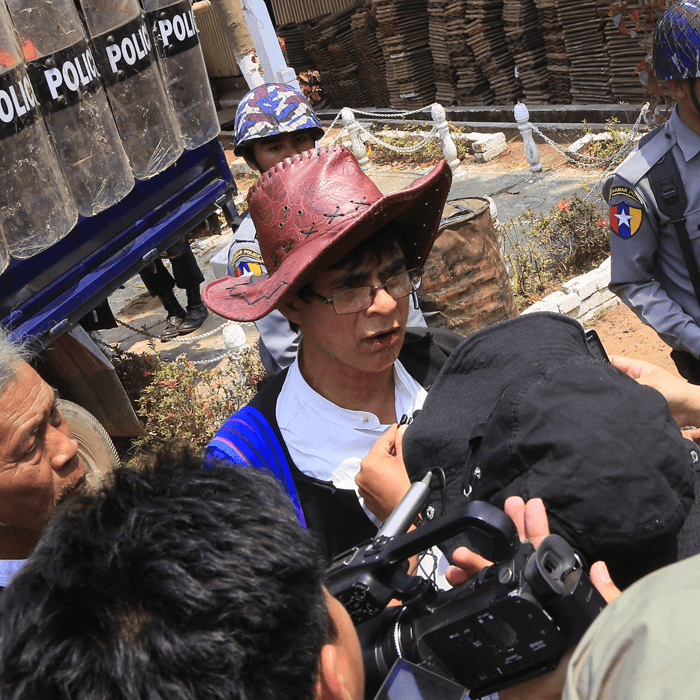 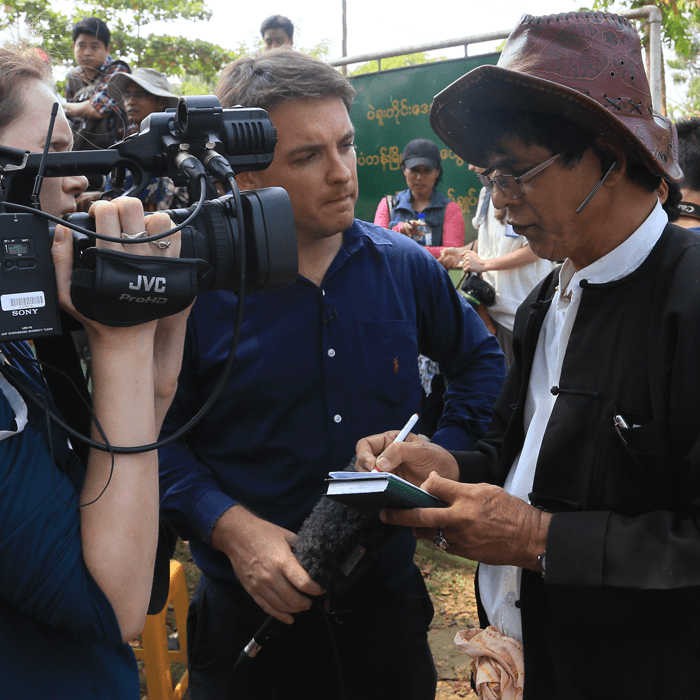 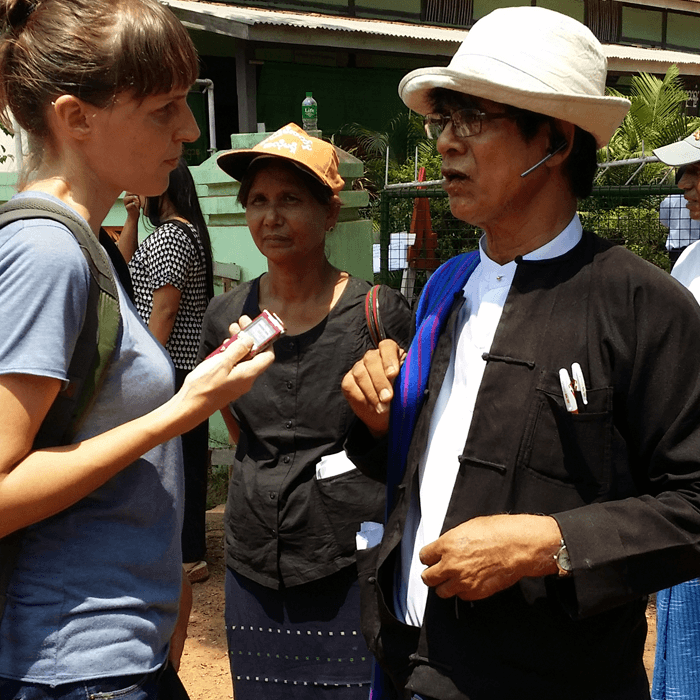 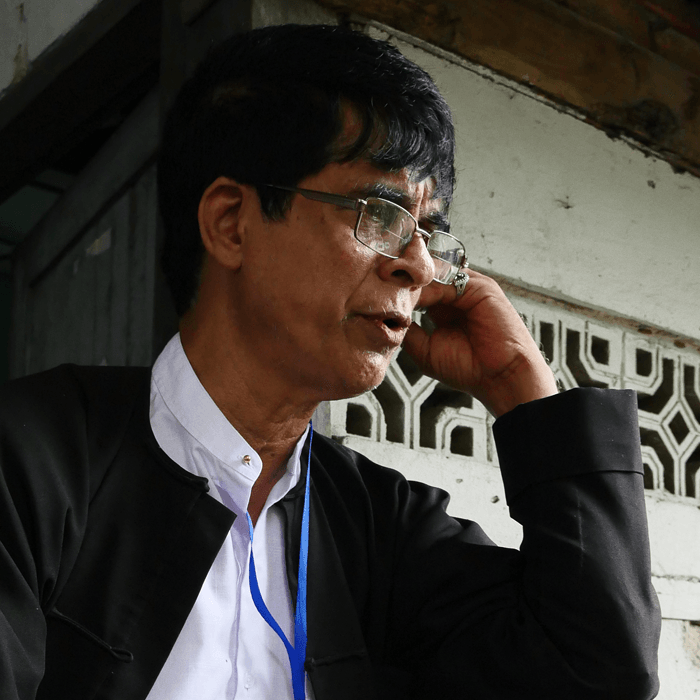 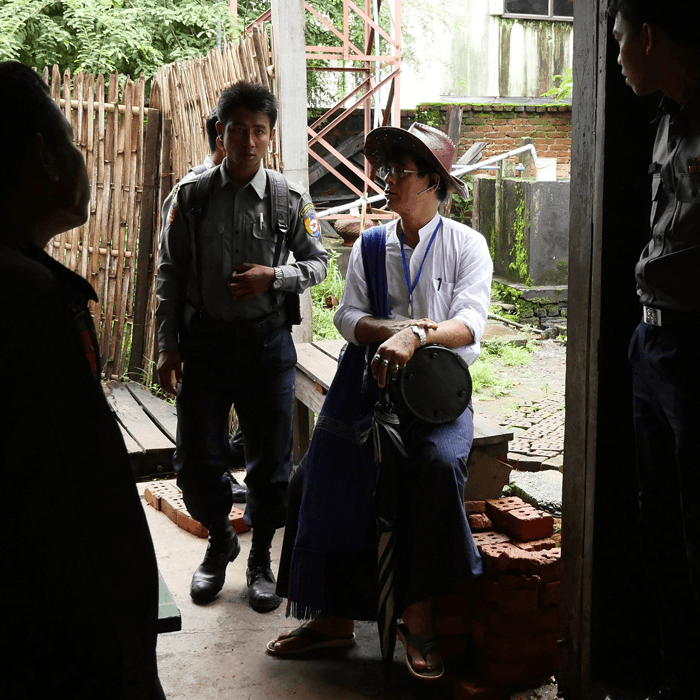 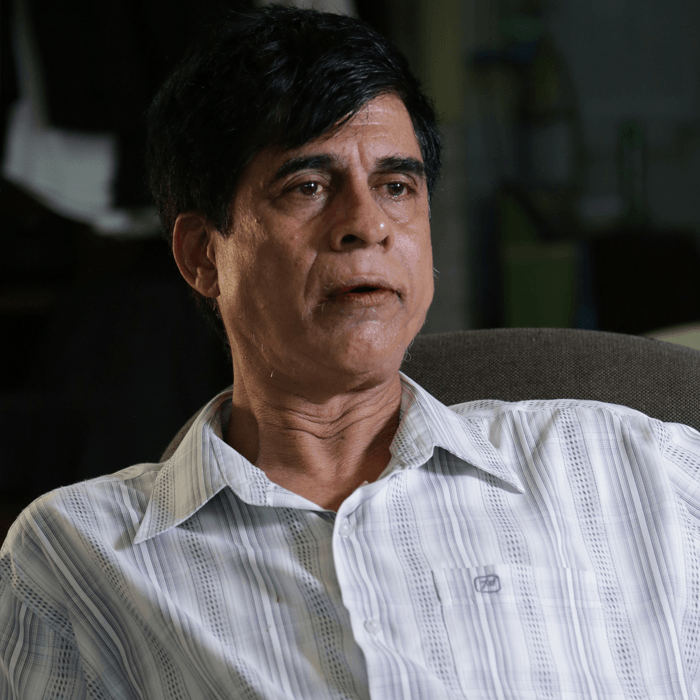 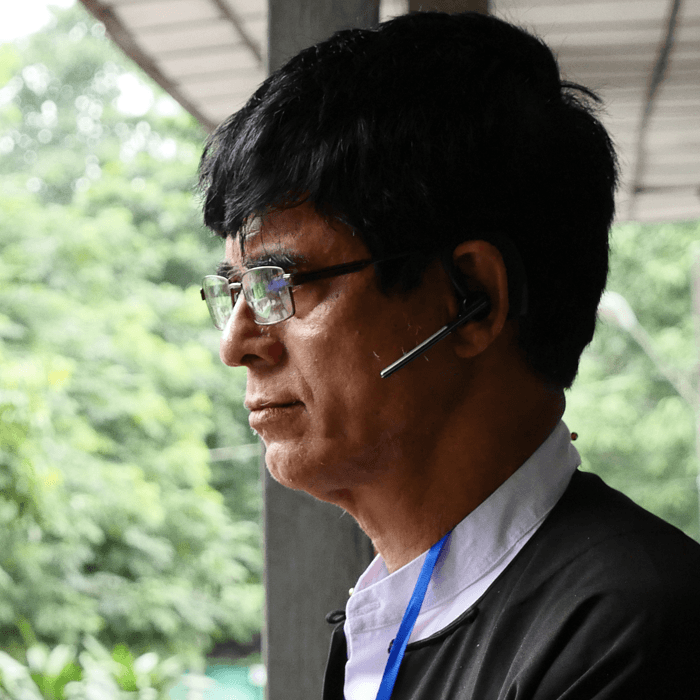 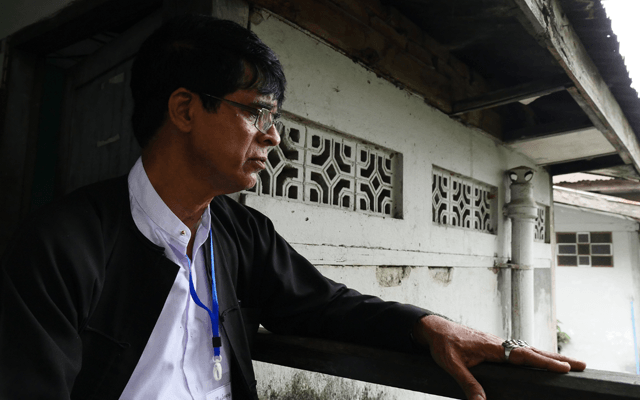 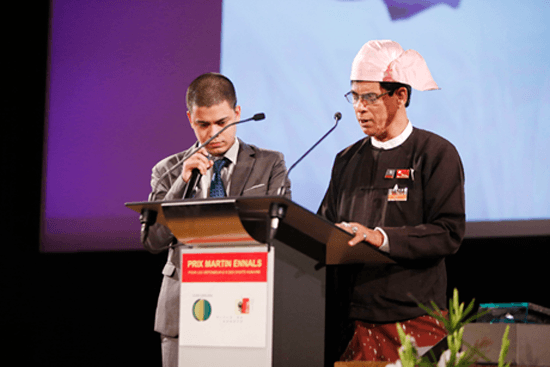