The final nominees for the 2015 Martin Ennals Award are:

Robert Sann Aung, Myanmar
Asmaou Diallo, Guinea
Ahmed Mansoor, United Arab EmiratesThis award is selected by the International Human Rights Community (See Jury Below) and given to Human Rights Defenders who have shown deep commitment and courage in the face of personal risk. The aim of the award is to highlight their work and protect them through increased visibility. 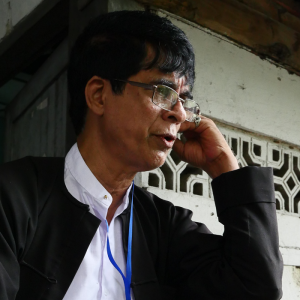 Since his first year of University in 1974, Robert Sann Aung has courageously fought against human rights abuses. He has been repeatedly imprisoned in harsh conditions, physically attacked as well as regularly threatened. His education was interrupted numerous times and he was disbarred from 1993 – 2012. In 2012 he managed to regain his license to practice law. Since then he has represented jailed child soldiers, those protesting at a contested copper mine, peaceful political protesters, those whose land has been confiscated by the military, as well as student activists. Throughout his career he has provided legal services, or just advice, often pro bono, to those whose rights have been affected.

He stated, “I feel humble and extremely honored to be nominated for this prestigious award. This nomination conveys the message to activists, human rights defenders and promoters who fight for equality, justice and democracy in Myanmar that their efforts are not forgotten by the world. And this is also the nomination for the people in Myanmar who stand together with me, who struggle with me, for the betterment of citizens so that they can live in dignity, under the just law, in conformity with the principles of UN human rights declaration.” 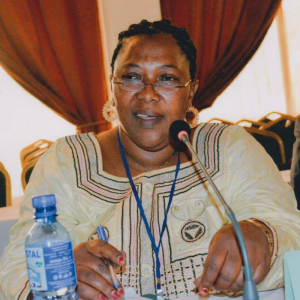 Her human rights work started following the events of 28 September 2009 when the Guinean military attacked peaceful demonstrators. Over 150 were killed, including her son, and over 100 women raped. Hundreds more were injured. She and l’Association des Parents et Amis des Victimes du 28 septembre 2009 (APIVA), which she founded, work to obtain justice for these crimes and to provide medical and vocational support to victims of sexual assault, many of whom cannot return to their homes. She has worked to encourage witnesses to come forward and supported them as they provided information and testimony to court proceedings. As a result, eleven people have been charged, including senior army officers.

Since 2006, he has focussed on initiatives concerning freedom of expression, civil and political rights. He successfully campaigned in 2006-2007 to support two people jailed for critical social comments. They were released and the charges dropped. Shortly after, the Prime Minister of UAE issued an order not to jail journalists in relation to their work. He is one of the few voices within the United Arab Emirates who provides a credible independent assessment of human rights developments. He regularly raises concerns on arbitrary detention, torture, international standards for fair trials, non-independence of the judiciary, and domestic laws that violate international law. He was jailed in 2011 and since then has been denied a passport and banned from travelling. 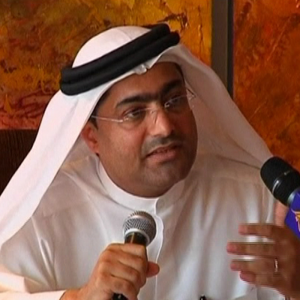 He stated, “I’m very pleased to be nominated for the Martin Ennals award. This recognition indicates that we are not left alone in this part of the world and that our voices resonate and our efforts are appreciated by a well-informed people. I hope this nomination sheds further light on the human rights issues in the UAE. It is not just full of skyscrapers, big malls and an area attractive to businesses, but there are other struggles of different sorts beneath all of that.”

The Award will be presented on October 6th 2015 at a ceremony hosted by the City of Geneva.

The main award of the human rights movement. The Martin Ennals Award for Human Rights Defenders (MEA) is a unique collaboration among ten of the world’s leading human rights organizations to give protection to human rights defenders worldwide. The Jury is composed of the following NGOs:
• Amnesty International