Natasha Kandic’s unrelenting dedication to unraveling the truth behind wartime atrocities is perhaps only overshadowed by her acclaimed investigation of the July 1995 Srebrenica genocide, during which more than 8 000 Bosniak men ad boys were massacred by the Bosnian Serb Army. In September 2005 she received the honorary citizenship of the City of Sarajevo, an exceptional gesture by a Bosnian city to a Serb national.

At some point in 2005, she obtained a video tape of Serb paramilitaries executing six Bosnian Muslim prisoners near Srebrenica in 1995. The tape was used as evidence by the International Criminal Tribunal for former Yugoslavia to indict Slobodan Milosevic in the Hague – it was the straw that broke the camel’s back; the images that helped to form the unequivocal truth of Serbia’s role in what is now remembered as Europe’s ‘worst massacre since world war II’. 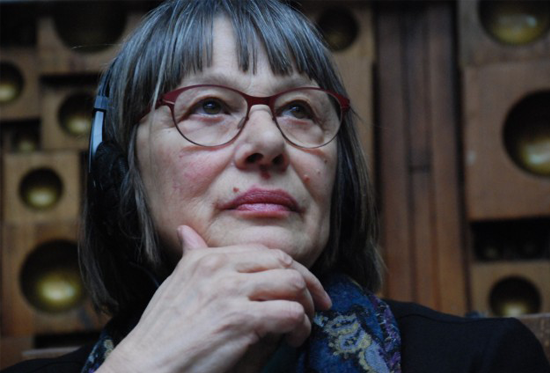 Nataša Kandić is currently the Director of the Humanitarian Law Center, an organisation she founded in Belgrade in 1992. This social worker turned lawyer, began her early career as dissident under former Yugoslav President, Josip Broz Tito. Following his death in 1980, widespread human rights violations became all the more frequent as a result of growing ethnic tensions, enflamed by political opportunists.
These irreconcilable differences between ethnic groups led to the eventual breakup of Yugoslavia. At the outbreak of war in the early 1990s, Kandić began meticulously documenting cases of torture, rape and murder.

She would spend the next decade seeking truth amongst the atrocities and battling to bring the perpetrators of war crimes to justice.

According to Kandić, Serb military forces were responsible for nearly 250,000 civilian deaths, as part of ethnic cleansing of Kosovar, Croatian and Bosnian minorities.

In 1991 she organised the ‘Candle for Peace campaign’, during which she and a close circle of colleagues would frequently hold candlelight vigils outside the offices of Slobodan Milosevic, reading out the names of those killed during the war.

As part of the Humanitarian Law Centers’ work in representing victims of war crimes, Kandić spent the next ten years shuttling herself from Belgrade to war-torn provinces documenting human rights violations.

In the late 1990s, during the Kosovo War, Kandić made regular trips from Belgrade to the then southern Serbian province of Kosovo, gathering information about the

“If you want to establish a certain system of values where the rule of law is paramount, the law must be applied to those who broke it. The truth must come out.”

human rights atrocities committed by Serb forces against ethnic Albanians. Some 14 massacres are said to have claimed hundreds of lives, as Serbian forces targeted families and pillaged small villages throughout Kosovo.

Several years later in 2003, Kandic would play a key role in convincing a small group of Albanian survivors to go to Belgrade to testify against a former member of a paramilitary group, accused of his part in the death of several of their relatives in a small town north of Kosovo.

Bosnian Muslim women cry and pray among 520 caskets stocked in an abandoned factory hangar, in preparation for a mass burial ceremony at the Srebrenica Memorial Cemetery, in Potocari on July 10, 2012 (AFP Photo) 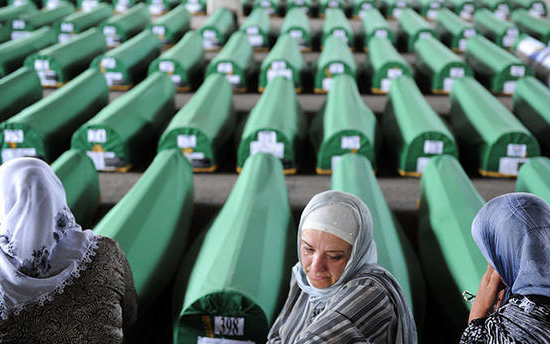 international community. Her outspoken nature has made her earn her title of the ‘annoying itch nationalists can’t quite reach’; nevertheless she continues to seek out the truth, even when undesirable to most.

Kandic was granted the Martin Ennals Award in September 1999, at a ceremony held in Vienna; she is one of the most decorated MEA laureates, she has received more than 20 awards, ranging from the Human Rights Watch Award to the Time Magazine’s European Heroes Award.