Cao Shunli was a Chinese activist who lost her life in the struggle to build a more just society. From 2008 until her enforced disappearance on September 14, 2013, Cao Shunli vigorously advocated for access to information, freedom of speech and freedom of assembly.

Cao Shunli (4th from left in under the rainbow coloured umbrella), during a sit-in with fellow activist in Beijing. 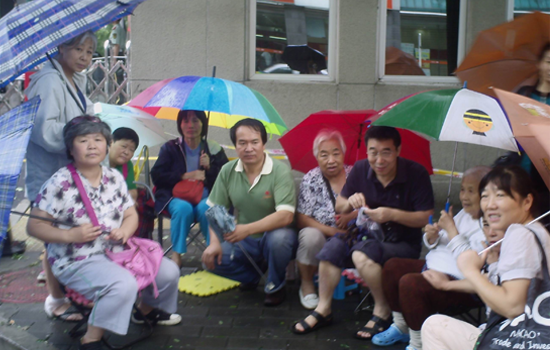 Cao Shunli (4th from left in under the rainbow coloured umbrella), during a sit-in with fellow activist in Beijing.

Cao’s human rights activism began in 2002 when she was fired from a government agency following her efforts to fight corruption in housing allocation. A lawyer by training, Cao used domestic laws and courts, as well as organizing and petitioning, to press for greater transparency of government information and citizen participation.

Cao also directly submitted a report to the Human Rights Council prior to China’s Universal Periodic Review. Through these diverse, legal , and peaceful tactics, Cao systematically advanced a new but growing form of human rights activism in China.

China continues to be one of the most difficult countries for human rights defenders and independent civil society voices in the world. Cao’s experience was no exception, and she endured multiple detentions and prison terms as the result of her dogged activism. In one such case, Cao was detained and subsequently ordered to serve one year of Re-education-Through-Labor after protesting illegal detention. Upon release, Cao immediately resumed her activism, continuing to press the government to abide by international norms and allow citizen participation in international human rights reporting processes. Despite suffering four additional known cases of detention and continued threats by the police, Cao continued to organize peaceful sit-ins and joint applications with other activists in demanding transparency and greater participation in human rights processes. 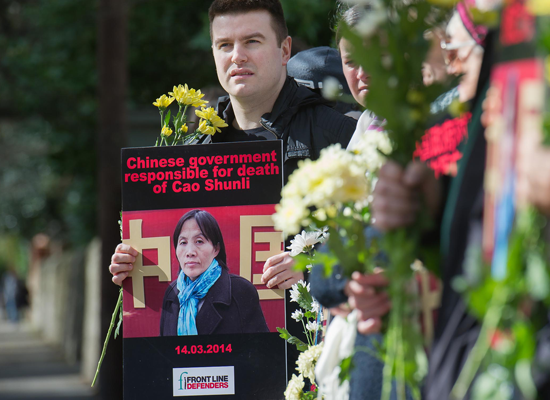 Demonstrators outside the Chinese Embassy in Dublin hold poster commemorating Cao Shunli. She died on 13 March 2014 due to health complications after not receiving adequate medical treatment whilst in jail.

On September 14th 2013, Cao was seized and detained for what would be the final time by Chinese authorities at the Beijing International Airport where she was en route to Geneva to participate at the Human Rights Council and in training on UN human rights mechanisms organised by the International Service for Human Rights. Cao was formally arrested in October 2013 on suspicion of “picking quarrels and provoking troubles.”

Demonstrators outside the Chinese Embassy in Dublin hold poster commemorating Cao Shunli. She died on 13 March 2014 due to health complications after not receiving adequate medical treatment whilst in jail.

In late October 2013, a visibly emaciated Cao Shunli indicated to her lawyer that she was not receiving adequate food or medical treatment for her various medical conditions. After several requests by her lawyer for medical parole went unheeded, Cao was finally transferred out of the detention center to an emergency medical unit on February 20, 2014, barely responsive and on life support.

For her modest hopes for transparency and citizen participation, Cao ultimately gave her life. On March 14, 2014, six months after her disappearance and just two weeks before her 53rd birthday, Cao’s family arrived at the 309 Military Hospital in Beijing to find that she had already died.

Since news of Cao’s death got out, domestic and international communities have expressed growing concerns and calls for accountability and a full independent investigation into the circumstances leading to her tragic death. The Martin Ennals Award is a great support to these domestic Chinese and international efforts – together, we honor Cao Shunli’s living legacy and stand in solidarity with the human rights defenders in China who will continue her work. 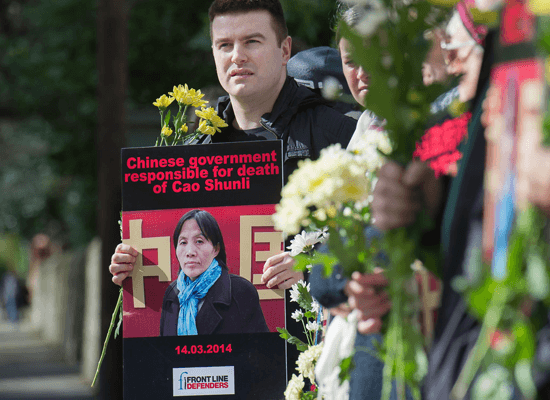 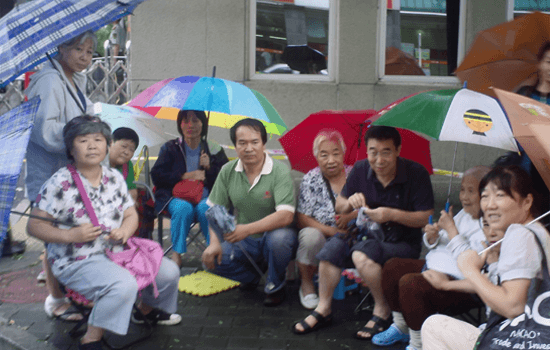 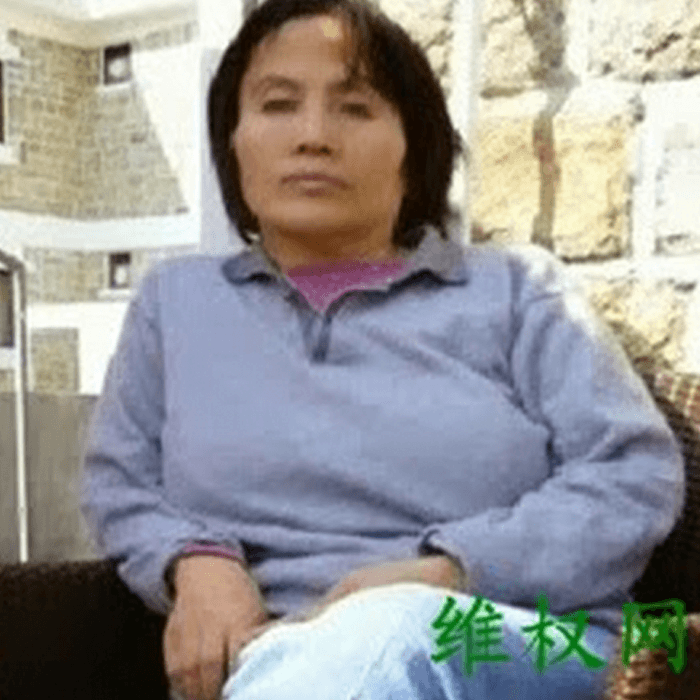 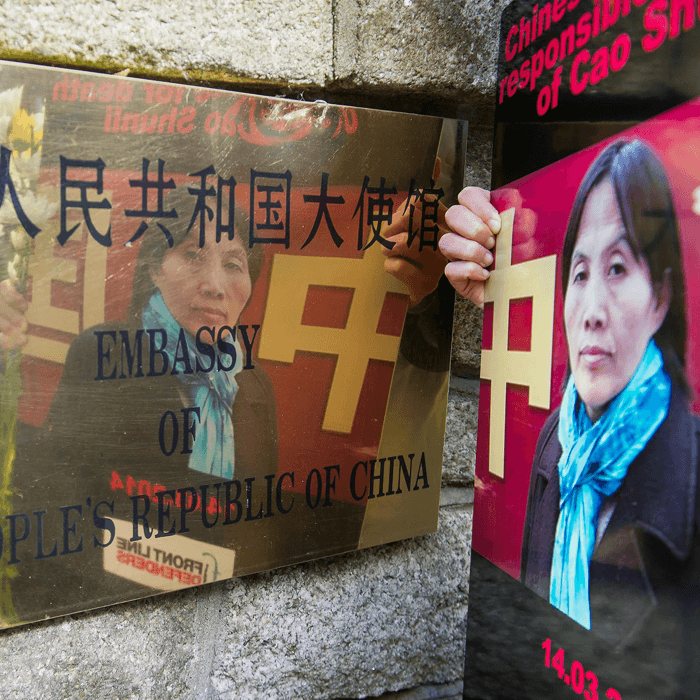 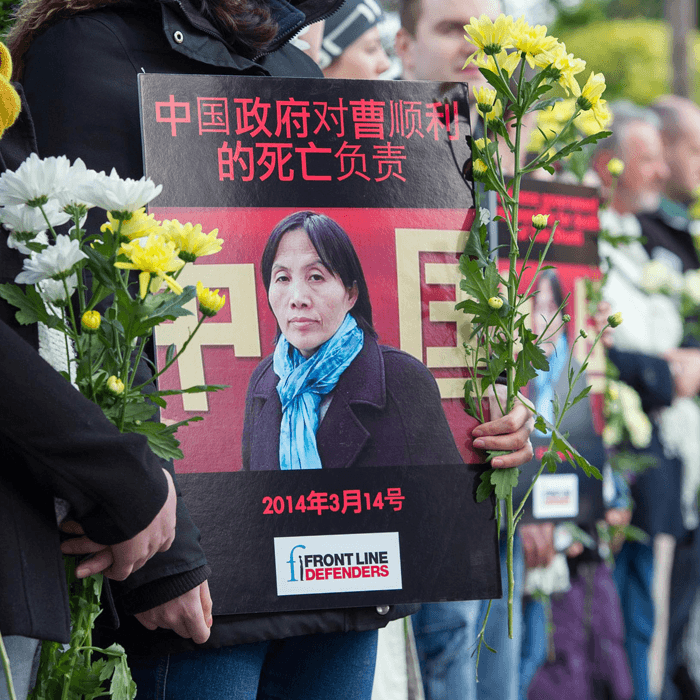 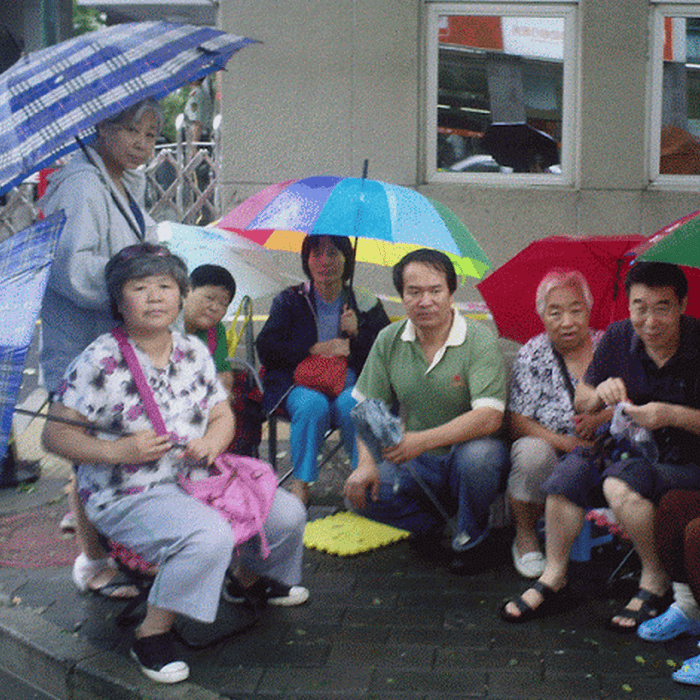 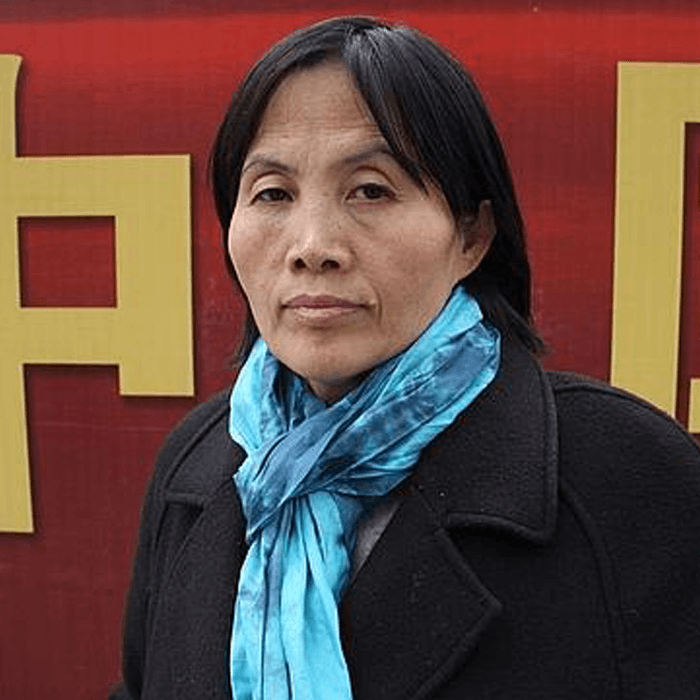 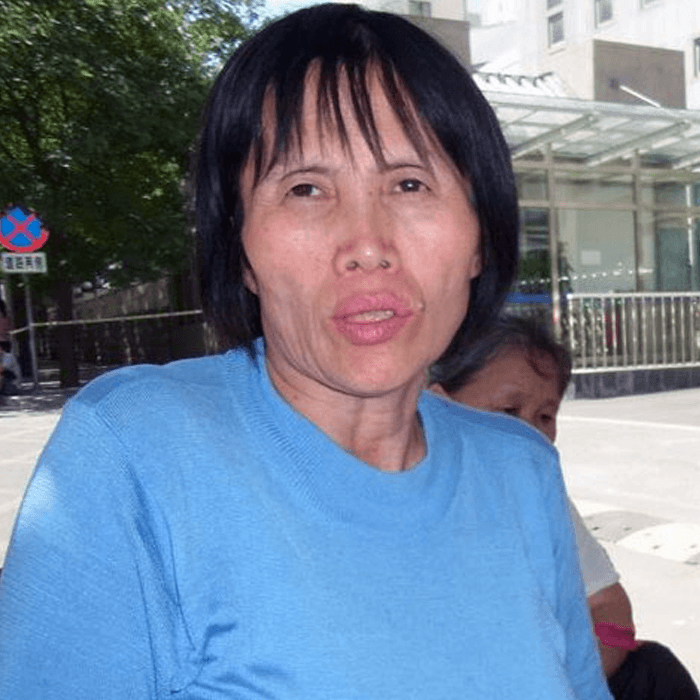