The final nominees for the 2014 Martin Ennals Award are:

This award is selected by the International Human Rights Community (See Jury Below) and given to Human Rights Defenders who have shown deep commitment and face great personal risk. The aim of the award is to provide protection through international recognition. 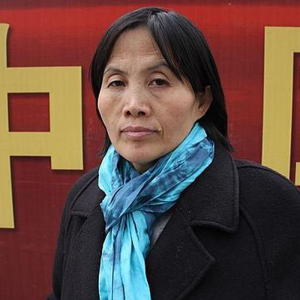 Cao Shunli (China) : Her death in detention was announced on March 14th. She disappeared on Sept 14th shortly before boarding a flight order to participate in the Human Rights Council. Chinese authorities only acknowledged her detention months later. She died in custody after being denied medical attention for known health conditions until it was too late. Since 2008, she vigorously advocated for access to information, freedom of speech, and freedom of assembly. For this, she spent over two years in the “re-education through labour” system and was subjected to repeated harassment. This is a tragic example of reprisals suffered by human rights defenders who work with international human rights mechanisms.

“The Human Rights Council, its President and other UN Member States must now support an independent investigation into her death, and hold China accountable for this reprehensible reprisal against a committed and peaceful human rights defender”, said Michael Ineichen of the International Service for Human Rights. 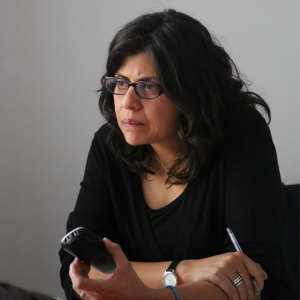 Alejandra Ancheita (Mexico), stated, “This recognition calls attention to the increasing violence being suffered by human rights defenders in Mexico, particularly women defenders. I hope that it provides better conditions and increased security not just for me, but for all human rights defenders in my country.”Alejandra Ancheita (Mexico) : Founder and Executive Director of ProDESC. For over 15 years she has worked with migrants, workers, and indigenous communities to protect their land and labour rights vis a vis transnational mining and energy companies. These disputes have included violent attacks on those she is trying to protect. She is also one of the pioneers in seeking accountability for transnational companies in Mexican courts when local communities’ rights are not taken into account. In Mexico, there is a clear pattern of attacks, threats, criminalization, and murders of human rights defenders. Ms Ancheita and ProDESC have been subjected to surveillance, a defamation campaign in the national media, and a break in at their offices. 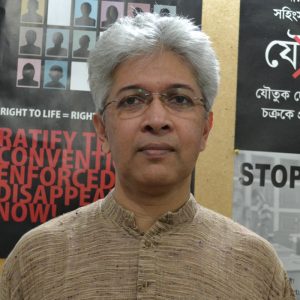 Adilur Khan (Bangladesh) stated “[my nomination for…]this prestigious award will further inspire me personally, and my fellow colleagues who shoulder the struggles for democracy and the rule of law aiming to achieve social justice in Bangladesh. As a symbol of recognition for the human rights defenders it will enhance the visibility and protection for the families of the victims of human rights abuses.”Adilur Rahman Khan (Bangladesh) : Since the 1990’s, he has worked on a wide range of human rights issues, such as illegal detention, enforced disappearances, and extra-judicial killings. His organization, Odhikar, is one of the few independent voices left in Bangladesh. Personally he is facing criminal prosecution for documenting the extrajudicial deaths of 61 people during demonstrations against the government. In August 2013, he was detained by police with no arrest warrant, who then at first denied holding him. Immediate widespread publicity is credited with saving his life. Currently, his organization is facing closure. Donor funds destined for Odhikar are being blocked by the Prime Minister’s Office.

The Award will be presented on October 7th at a ceremony hosted by the City of Geneva.

For the full press kit regarding all three final nominees visit : http://bit.ly/QoZniC