It is with great sadness that we learned of the passing of Asma Jahangir on the 11th of February 2018, after she suffered a heart attack. She fought injustice her entire life. As a lawyer and human rights defender, she took on many of the most difficult and dangerous issues as She challenged discriminatory laws and represented individuals to right grievous wrongs.

She received the Martin Ennals Award in 1995 at a time, as she so often was, when she was at significant personal risk.

We offer her family, her friends, and her colleagues our deepest condolences.

Following in the footsteps of her father, Malik Jilani, a former Pakistani civil servant turned reformist politician, Asma Jahangir has dedicated her life to protecting human rights, and especially the rights of women, religious minorities and children. A lawyer by profession, she is today one of the world’s foremost human rights experts.

Winner of the 1995 Martin Ennals Award, she has since then received continued recognition for her activism and human rights work.

At the time, she had achieved world recognition for her successful defense of a fourteen year old Christian boy, Salamat Masih, accused of blasphemy, only to be physical assaulted and harassed by death threats.

Her activism began as a consequence of the detention of her father in 1971 following the repression of the Awami League and his role as one of its leading lights. It would take her ten years from the filing of her first petition to win a landmark case resulting in the release of her father. 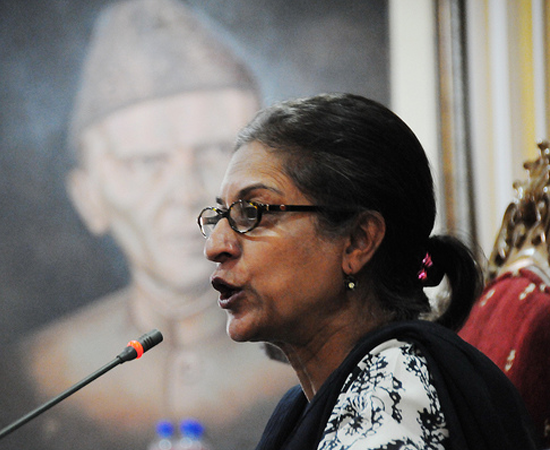 In 1980, in an atmosphere of growing corruption and violence the legacy of the administration of General Muhammed Zia-ul-Haq, Asma, along with three others, established Pakistan’s first all-female law firm, called AGHS, named after its founders: Asma, Gulrukh, Hina and Shahla. “I didn’t think it would last longer than six months” noted Jahangir. The law firm focused its efforts on woman’s rights. In 1983, they helped create the Women’s Action Forum whose purpose was to explain the implications of Islamized laws on human rights, especially women’s rights.

Asma Jahangir was and continues to be a staunch critic of the Hudood Ordinances, a series of laws enforcing punishments mentioned in the Qu’ran. Under the laws, rape victims are accused of ‘zina’ (adultery).

A turning point came in 1983, when some 30 women took to the streets, protesting the case of Safia Bibi, a blind girl who was gang-raped and later charged with ‘zina.’ The AGHS managed to overturn her death sentence.

Asma Jahangir’s personal development followed closely the development of Pakistan’s modern political history. As President Zia-ul-Haq began institutionalising military tribunals, religious courts and self-appointed judges, Asma strengthened her struggle for Pakistan’s civil rights movement and, international human rights. In 1986, she helped create the Human Rights Commission of Pakistan, for which she became Secretary-General, for which she is now an Honorary Board Member.

“Strategy is what you must have.
How else can you deal with madness?”

on Freedom of Religion or Belief from 2004 to 2010. In spite the key role she played in the UN human rights community, President Musharaf put her under house arrest in 2007. Following an international campaign, actively supported by the Martin Ennals Foundation, she was quickly released the same year.

In 1990, she refused an offer from then Prime Minister Benazir Bhutto to run for the National Assembly claiming that she would lose focus on her human rights work. Again in 1994, she refused to become the country’s first female judge claiming that ‘It would be hypocrisy to be a judge and defend law I don’t believe in… .’

Jahangir frequently gives lectures on human rights and is the author of two books entitled Divine Sanction? The Hudood Ordinance and Children of a Lesser God: Child Prisoners of Pakistan.

Honoured internationally, the recipient of many human rights awards and nominated for the Nobel Peace Prize in 2005 as part of the 1000 Women for Peace project, she is currently the President of the Supreme Court Bar Association of Pakistan.

After the formation of Human Rights Commission of Pakistan in 1986, Asma Jahangir decided to write a story. The story of Bantu Masih, a young Christian boy whose father dies after losing the family farm in a drought, would become a picture book. In the tale, the young boy is forced to pay back his father’s debt by working a brick kiln, until one day he hears about the ‘law’.

This unique fusion of poetry, art and law, is at the essence of Asma Jahangir’s subtle tactics in creating a culture of human rights in a society where the regime dictates otherwise. 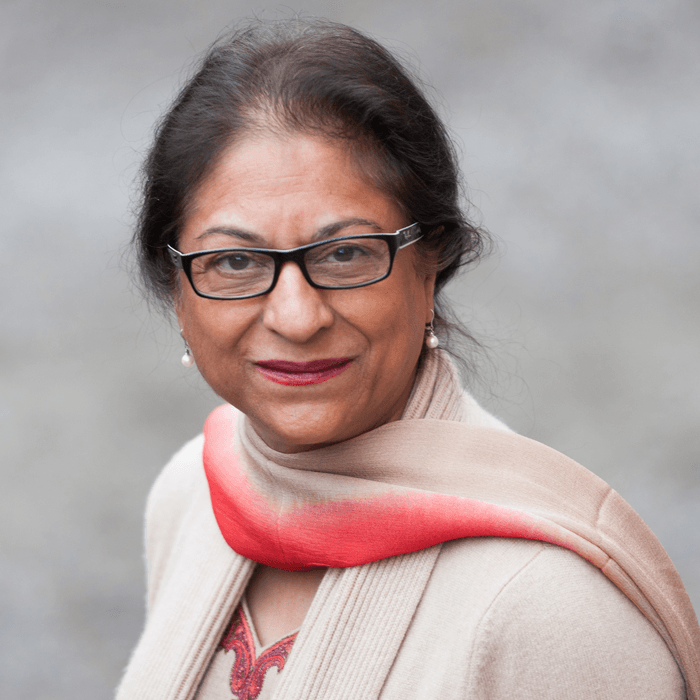 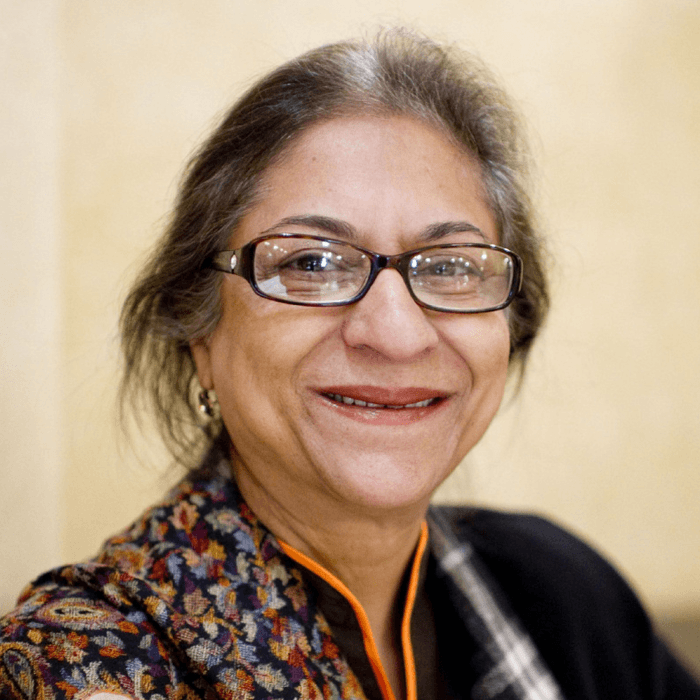 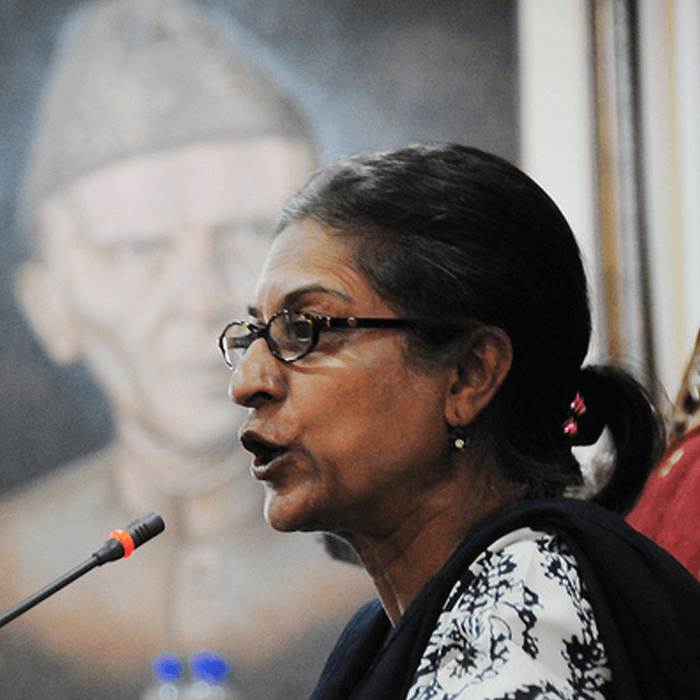 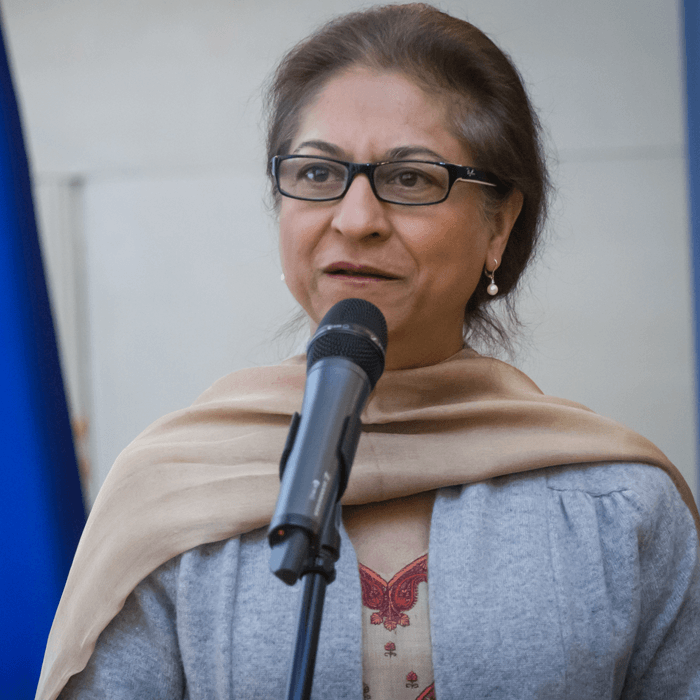 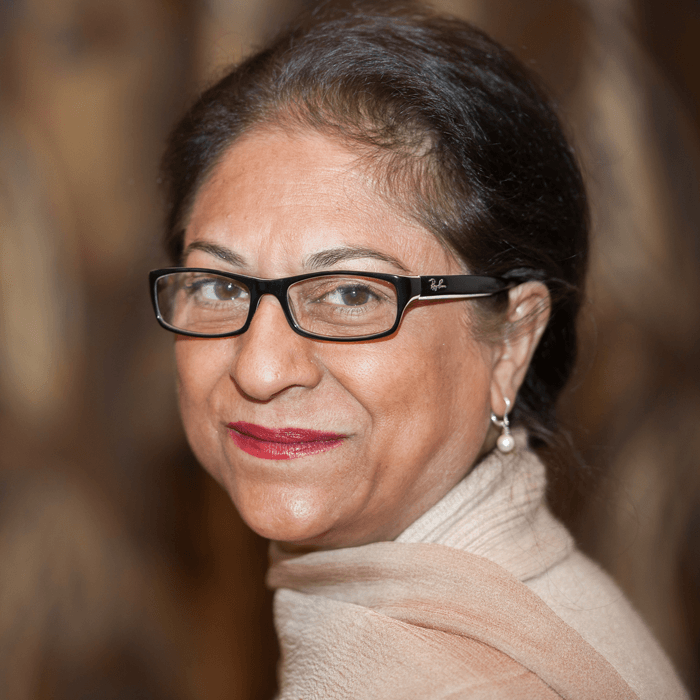