Vulnerable minorities at the core of Alejandra Ancheita’s struggle 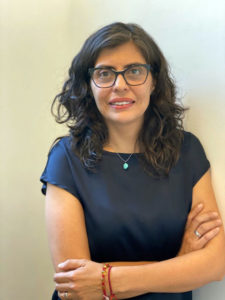 Alejandra Ancheita, a Mexican lawyer and activist, is the Founder and Executive Director of the Mexico City-based organization ProDESC. Since its inception, Alejandra and her team have carried out strategic campaigns aimed at protecting the economic, social and cultural rights of Mexico’s most marginalized people. In 2014, she was awarded the Martin Ennals Award for Human Rights Defenders. This year, she joins the Foundation as a Board member.

You were the Laureate of the Martin Ennals Award in 2014. What impact did the Award have on your life and work?

On a personal level, the Award provided me with protection because it raised my profile. It also gave me the confidence to continue doing my job, despite the many risks, challenges and setbacks we have to endure on a daily basis. On a professional level, receiving the Award gave me the opportunity to broaden my networks outside of Mexico and position ProDESC’s work globally. The Award played a central role in the path to sustainability, growth and impact that ProDESC has taken since.

What has your organization ProDESC achieved since then?

A feminist, intersectional organization, ProDESC’s main objective is to defend and promote economic, social and cultural rights in order to contribute to their enforcement and enforceability, thus building a more just and equal society. To achieve our goal, we have developed an innovative method called “Comprehensive Defense” which allows for a more holistic approach to human rights defense. After I received the Martin Ennals Award in 2014, ProDESC quickly scaled up its work and reach with international organizations and foundations. Now, almost seven years later, I am confident to say that ProDESC is a solid and internationally recognized organization with clear internal procedures, and financial security. The Award was an important part in achieving that.

You have been engaged in human rights issues for more than a decade. What is the source of your deep commitment?

I grew up in a family where human rights were a regular part of the discussions, even though Mexico was governed by an authoritarian regime at that time and defending human rights was a dangerous thing to do. My parents inspired my commitment to defend human rights, particularly collective rights. In order to develop better tools to do so, I decided to become a lawyer. I graduated from a public university with a Law Degree when Mexico was taking decisive steps towards democracy. Meanwhile, indigenous communities in the south of the country were demanding the respect of their rights with the Ejército Zapatista de Liberación Nacional (EZLN) being the most active group. This also had a huge impact on me and my commitment towards the defense of human rights.

You recently joined the Board of the Martin Ennals Foundation. What motivated you to take on this new role and what ambitions do you hold for the Foundation?

On a personal level, I decided that joining the Board was also a way to give back to the Foundation some of what I had received after winning the Award. I envision my collaboration with the Foundation as positioning the voices of human rights defenders from the Global South, particularly women and defenders of land, territory and natural resources, considering they are the ones at greater risk.

Human rights are under great pressure around the world at the moment. What is your message to fellow human rights defenders?

The COVID-19 pandemic has forced humanity to be creative and resilient. I have witnessed amazing stories of human rights defenders who continue to do their jobs with huge success despite these difficult times. During the pandemic, inequity has risen; the rich are getting richer, while the poor are getting poorer. Furthermore, it doesn’t seem likely that the current economic system will undergo structural changes. After all the sadness and destruction the pandemic has caused and will continue to cause in the immediate future, human rights defenders may feel tired and hopeless. But my message to them is to carry on because our job is more important than ever. We must keep holding both States and transnational corporations accountable for human rights violations. The only way to “build back better” is to approach economic recovery with full respect for human rights, particularly for vulnerable groups such as indigenous peoples, women and workers.