“I realized that I can do something which is more meaningful, where I would be involved in saving lives and not inciting violence, and not becoming part of revenge.”

Khurram Parvez’s life mission as a human rights activist was mapped out when, as a young boy he witnessed the tragic shooting of his grandfather at a protest. He could have sought revenge, but instead chose to contribute nonviolently to the 70-year conflict in Jammu and Kashmir, allegedly the most militarized region in the world.

Founder and Programme Coordinator of the Jammu and Kashmir Coalition of Civil Society (JKCCS) and the Chair of the Asian Federation Against Involuntary Disappearances, a collective of 13 non-governmental organisations from ten Asian countries, Khurram Parvez relentlessly investigated and reported on violations in Kashmir, including the indefinite detention and extrajudicial execution of activists, torture, sexual violence, enforced disappearances, and widespread impunity. Despite facing repression and attacks by State and non-State actors, he courageously continued to denounce violations of rights and became an inspiration to young Kashmiris as well as students from India and abroad whom he encouraged to seek peaceful conflict resolution. He also engaged with the United Nations and other international organisations to develop global solidarity for Kashmiris.

In 2004, Parvez’s left leg was amputated due to a landmine injury he suffered while monitoring the parliamentary elections. In 2016, he was banned from travelling to attend the United Nations Human Rights Council in Geneva, Switzerland, and was then arrested for 76 days.

Since August 2019, the Indian authorities have clamped down on the rights to freedom of expression and association in Jammu and Kashmir. On November 22, 2021, Khurram Parvez was detained by the Indian Government under the Unlawful Activities (Prevention) Act (UAPA), reportedly on allegations of “terrorism funding, being a member of a terrorist organization, criminal conspiracy, and waging war against the state.”  He has since been held in Rohini Prison Complex, 500 kilometers from his family.

Recognizing Khurram as one of the most prominent human rights actors in Kashmir, Time magazine paid him a major tribute by including him in their list of the 100 most influential people of 2022.

¨The soft-spoken Khurram is almost a modern-day David who gave a voice to families that lost their children to enforced disappearances, allegedly by the Indian State. Khurram is the story and the storyteller of the insurgency and the betrayal of the people of Kashmir¨. 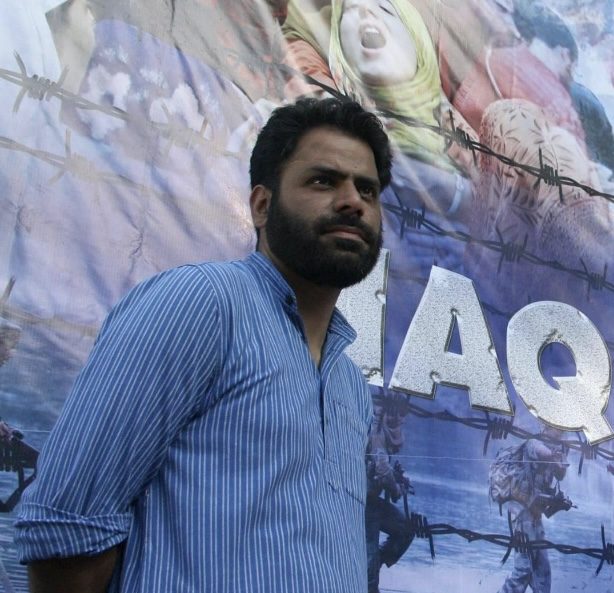