Karla Avelar has dedicated her life to defending, nationally and internationally, the Human Rights of LGBTI persons, HIV affected persons, migrants, persons deprived of liberty in situations of vulnerability as well as victims of discrimination due to their sexual orientation or gender identity. In 1996, Karla was one of the founders of the first association of trans people in El Salvador, ASPIDH; and in 2008 she founded the first organization of trans women with HIV, COMCAVIS TRANS.

Karla, a 39-year-old transgender woman (D.O.B. 7 January 1978) was born in El Salvador, into a deeply Catholic and poor family. The lack of education and the oppressive conservative environment resulted in continuous abuse and finally rape. When she was nine years old, she fled to the capital city where she lived on the streets, being and exposed to increasing violence, crime and drug abuse. At the age of eleven, Karla was forced to engage in sex work and soon became a victim of sexual violence, extortion, and death threats by gang members, police officers, and clients. In 1993, a serial killer who was an active officer of the armed forces shot her nine times, causing severe life threatening injuries resulting in a two month coma. While recovering, she was informed in a discriminatory and abusive way of her HIV positive status.

These experiences of continuous exposure to violence and struggle for daily survival shaped Karla into a human rights activist. In 1992, she became one of the first trans women in El Salvador to make her HIV positive status public for political reasons. This led her to fight for appropriate health care for LGBTI persons with HIV, especially for those deprived of liberty.

In 1997, she was again seriously injured by members of the MS-13 gang for refusing to pay extortion, which resulted in five gunshot wounds. A year later, Karla was prosecuted and imprisoned for her involvement in an attack by three men aiming to kill her and a friend. On that occasion Karla acted in legitimate self-defence by injuring one of her attackers, for which she was sentenced to several years in prison. In jail, Karla shared a cell with several gang members who had tried to assassinate her years earlier. This resulted in ongoing rape and torture, with no access to justice and the denial of her right to medical treatment.

In 2013 Karla became the first trans woman to appear before the Inter-American Commission on Human Rights (IACHR) and to denounce the State of El Salvador for discrimination and hate crimes against LGBTI persons. Two years later, she participated in the Universal Periodic Review (UPR) at the United Nations Human Rights Council in Geneva. Collaborating with other NGO’s, they submitted an alternative report, which resulted in the first UN recommendation to the state of El Salvador on LGBTI matters. The continuing threats and repeated attacks to her person only strengthened her determination to reveal injustice and fight against it. When her colleague Tania Vazquez was murdered on May 4 2013, Karla filed a complaint with the authorities. The Attorney’s General Office responded with the threat to arrest Karla, a search warrant and a confiscation of the technical equipment of COMCAVIS TRANS.

In the last two years Karla has been forced to move seven times for security reasons, she regularly receives death threats. Her determination to denounce government agencies for their inaction and lack of response regarding attacks and assassinations of LGBTI persons performed by street gang members, police officers, armed forces officers, and extermination groups, have also exposed her to political persecution. Following her announcement as a 2017 Martin Ennals Award finalist, an attempt was made to extort some of the future prize money.

Karla is a determined promoter of legislative reforms to guarantee the human rights of LGBTI persons. She is still demanding protection and effective application of the law from the authorities, Today, despite of death threats from street gangs and other armed groups, Karla continues her fight. Her dream is to walk the streets of El Salvador without being blamed, discriminated or criminalized, to live safely and enjoy life with her family. 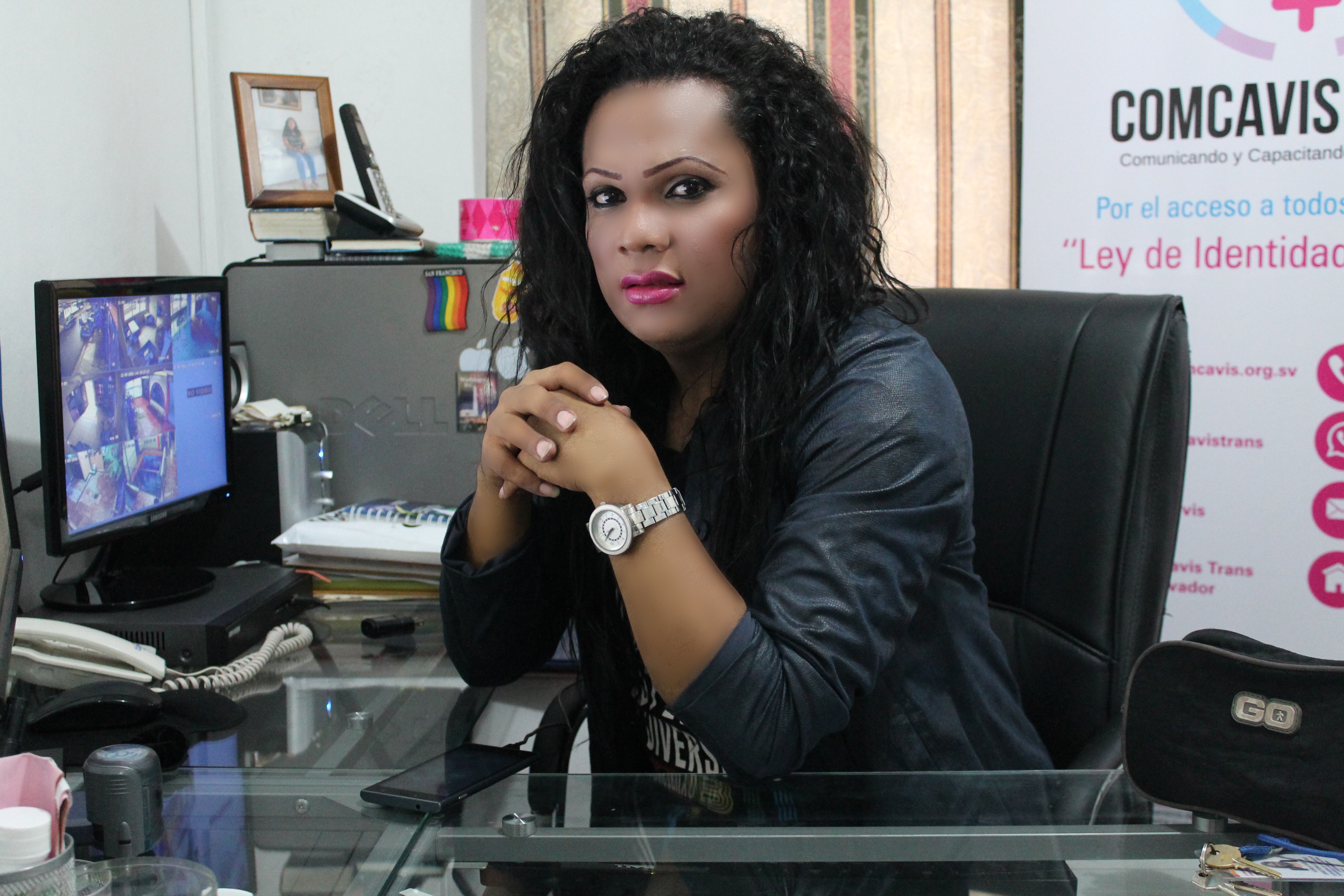 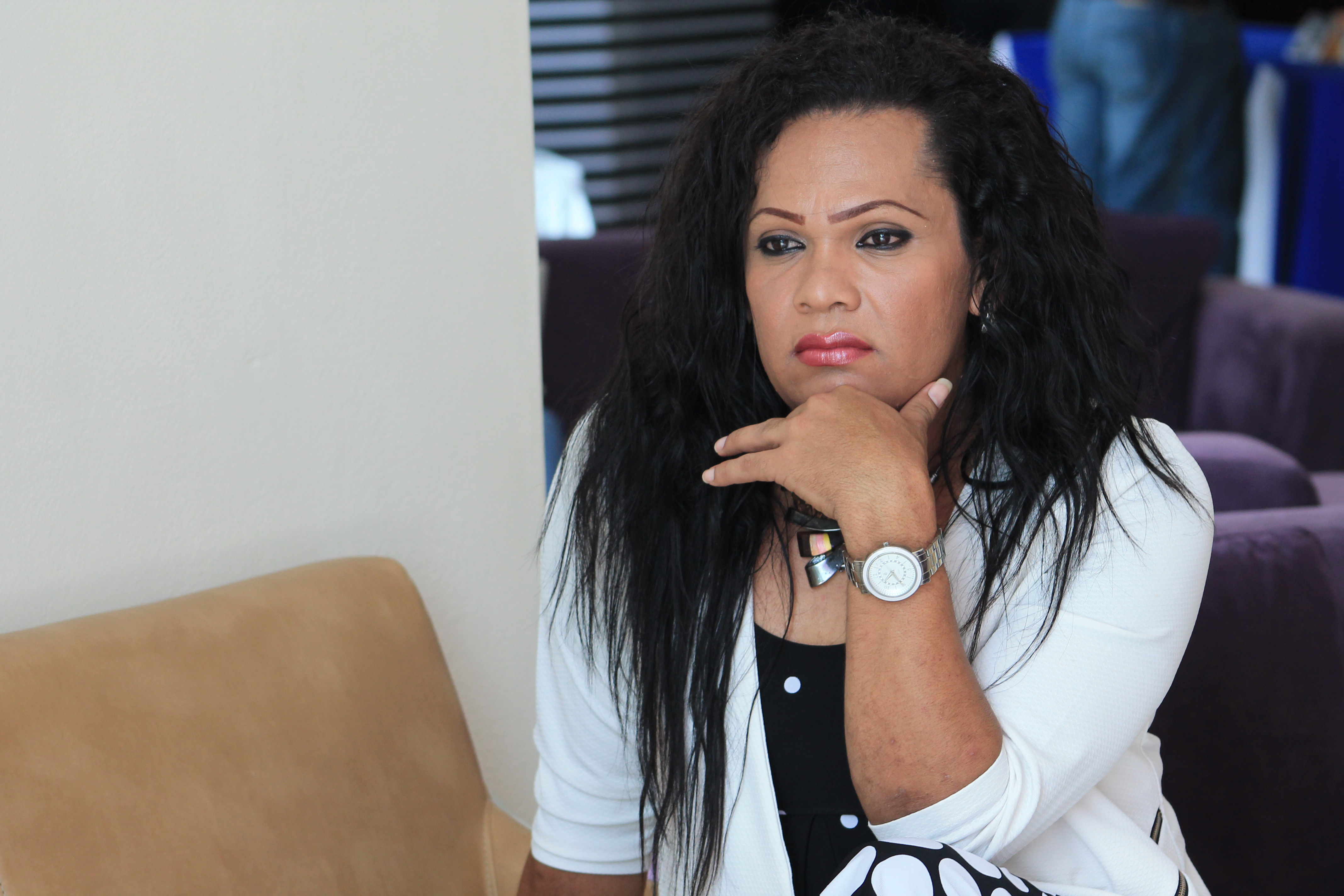 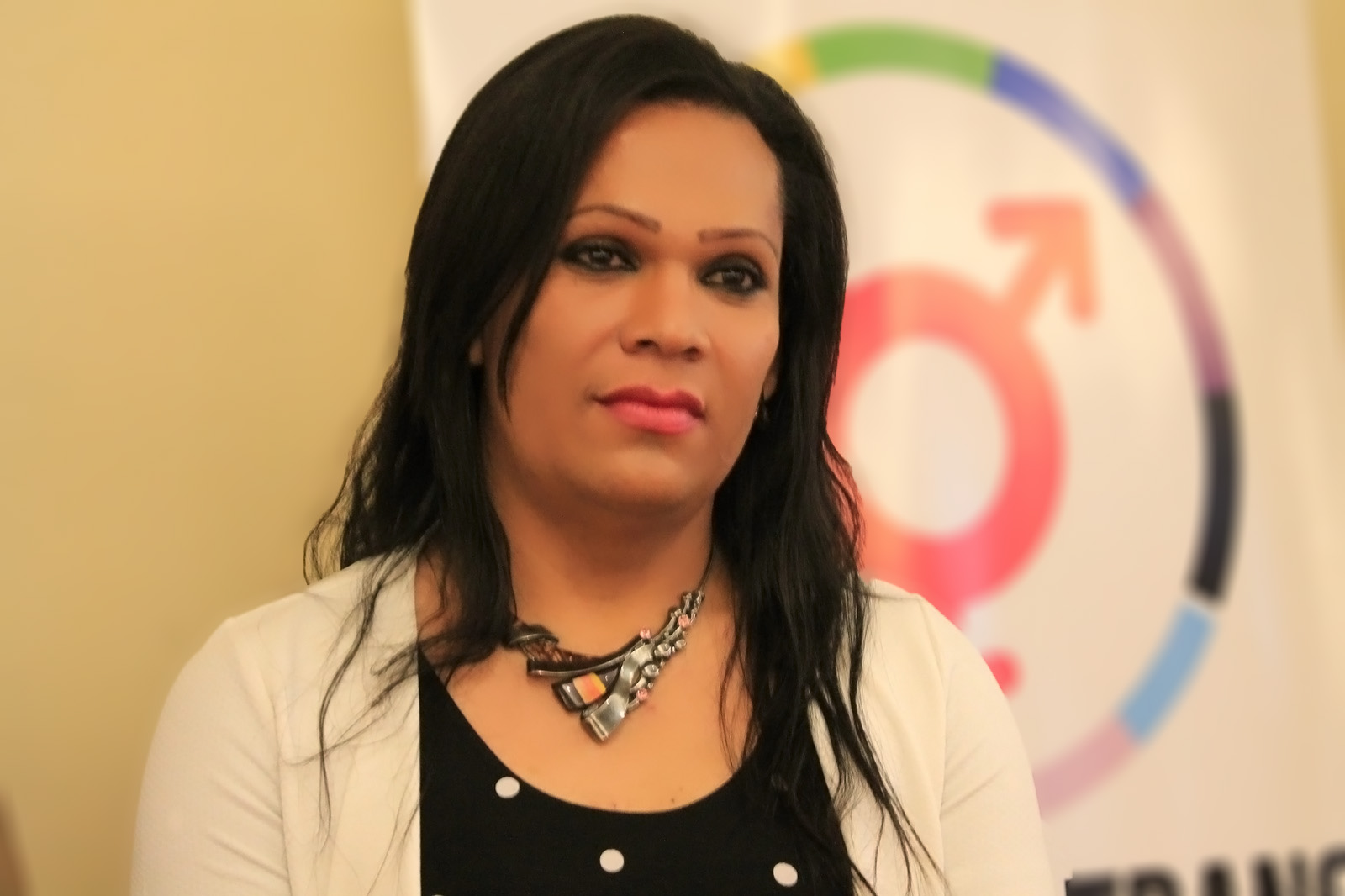