The Price of Silence – An OpEd from the Cairo Institute 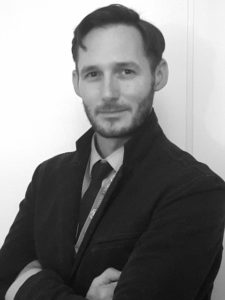 The Cairo Institute for Human Rights Studies (CIHRS) is a member of the Martin Ennals Award Regional Panel, a group of seven organizations who partner with us in the selection of our exceptional winners. An independent, non-governmental organization, CIHR promotes respect for the principles of human rights and democracy in the Arab region. Read Geneva Office Director Jeremie Smith’s OpEd about Egypt’s recent crackdown on human rights and the stunning silence of the international community.

Since the coup of 2013, the military dictatorship of Egypt has waged a holistic and nation-wide campaign to silence all forms of dissent against President Abdel Fattah el-Sisi and his government.

Tens of thousands of Egyptian citizens, including scores of rights defenders, journalists and political figures, have either been thrown into prison, tortured, and left to rot, or have been forcefully disappeared, some never to be seen again.

For years, CIHRS and many others have warned that the government of Egypt is attempting to “eradicate” the Egyptian movement for democracy and human rights. Today, our warnings have largely become reality.

The people of Egypt have been victims of repressive and corrupt regimes before – but this current form is unique in modern Egyptian history for the sheer scale of its reach and level of brutality. This is not a return to the days of Hosni Mubarak’s Egypt – this is more akin to Libya under Ghaddafi or Syria under the Assad regime. The terrible consequences these modules of governance have had for human rights and political stability are clear for all to see.

Egypt’s dissent into totalitarianism has too often been met with silence and inaction by democratic countries around the world. This “tacit acceptance” has emboldened the government to pursue ever more brutal forms of repression, and to redouble its efforts to undermine and weaken human rights standards and mechanisms at the United Nations.

The price of silence on Egypt is too high. It is time for governments to come together and begin to meaningfully address the human rights crises in Egypt at the UN Human Rights Council.