Myanmar – Words Alone Are Not Enough 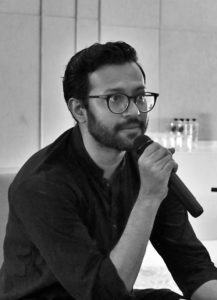 A brutal military coup took place in Myanmar on 1 February 2021. A member of the Martin Ennals Award Regional Panel, Asian Forum for Human Rights and Development (FORUM-ASIA) is closely following the situation in Myanmar and has publicly condemned the atrocities committed. Read UN Advocacy Program Manager Ahmed Adam’s OpEd on the response of the international community to Myanmar’s crisis.

On 24 March 2021, the UN Human Rights Council (UNHRC) adopted a resolution on Myanmar condemning the 1 February military coup, the use of lethal force, the killings of peaceful protestors and arbitrary detention of thousands.

This is the second such resolution on Myanmar since the military seized power on 1 February 2021, ousting the elected civilian government. The first resolution, adopted less than two weeks after the coup in a special session of the UNHRC, was, to say the least, disappointing – the result of a compromise between UN Member States to send a ‘unified’ message of condemnation to the junta. The resolutions followed statements by Member States condemning the junta’s ongoing violence against peaceful protestors with varying cogency. The UN Security Council (UNSC), for its part, has issued two statements condemning the violence.

But none of these seems to have made much difference. The junta continues to intensify the ferocity of its violence against peaceful protestors, who continue to denounce the junta and demand restoration of the civilian government. In the two months since the coup, the junta has killed over 520 people and injured countless others. Its violence is indiscriminate, lethal and systematic. They have not spared children, women or medical workers.

Local and international civil society have repeatedly called for a global arms embargo, targeted sanctions against the military, its businesses and associates and for the referral of Myanmar to the International Criminal Court to prevent a repetition of the military’s atrocities.

Most importantly, the people of Myanmar continue to plead with the UN and the UNSC to protect them.

Yet, the UN, in particular the UNSC, appears to be hamstrung by political squabbles and has not taken any decisive action. The UNSC’s two statements do not even recognize the military’s seizure of power as a coup, let alone condemn it.

It was the failure of the UN and the UNSC to hold the Myanmar military accountable for genocide, war crimes and crimes against Rohingya and other ethnic communities that emboldened military leaders to embark on this current wave of violence. It is almost as if the Myanmar military knew the world would not be willing to do anything to stop it.

The UN Special Rapporteur on Myanmar states that the junta’s violence could amount to crimes against humanity and has called for a “coordinated international response”. Other top UN officials have pointed to international responsibility to protect civilians from atrocity crimes.

There is a time for talk and a time for action. Let us ensure the UN and its Member States can tell the difference between them so that civilians and activists in Myanmar are spared.