Chair of the Martin Ennals Foundation, Micheline Calmy-Rey, today announced the nominees for the 2012 Martin Ennals Award for Human Rights Defenders (MEA) at a press conference at the Palais Eynard, Geneva, Switzerland. The MEA is the main award of the international human rights movement.

The announcement and press conference will be streamed 11:00 -11:30hrs Geneva time on https://www.martinennalsaward.org/

The three nominees for the 2012 award are:

The Venerable Luon Sovath, Cambodia. In March 2009, Luon Sovath, a Buddhist monk from Siem Reap, Cambodia witnessed his family and fellow villagers being forcibly evicted from their homes. Forced evictions remove families from their homes, often with no compensation. Despite threats of violence, arrest and disrobing, the venerable Sovath, a non-violent Buddhist monk, uses videos, poems and songs to defend the right to housing, but his advocacy touches powerful economic interests. The threats against the venerable Sovath are very real. 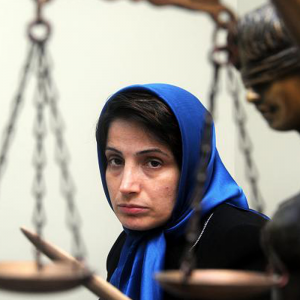 Nasrin Sotoudeh, a woman lawyer from Iran, is currently serving an 11-year sentence on charges of ‘spreading propaganda against the State’, ‘collusion and gathering with the aim of acting against national security’ and ‘membership in an illegal organization’. She is the former lawyer and member of the organization of the now-exiled Iranian Nobel Peace Prize winner Shirin Ebadi, who declares Sotoudeh is ‘one of the last remaining courageous human rights lawyers who has accepted all risks for defending the victims of human rights violations in Iran’. 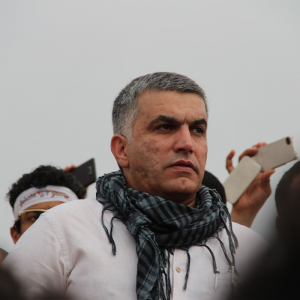 The Bahrain Center for Human Rights (BCHR) is internationally recognized for its work on documenting human rights abuses in Bahrain. Despite harassment by the government, who warn of legal action against the Center’s members if they continue their activities, the BCHR provides information to international NGOs and the diplomatic community in Bahrain and advocates locally and internationally in support of demands for democratic change in the Gulf Kingdom.

On 2 October 2012, the Laureate will be announced during the annual ceremony at Victoria Hall, organized in cooperation with the Ville de Genève.