The Award is given to Human Rights Defenders who have shown deep commitment and face great personal risk. The aim of the award is to provide protection through international recognition. Strongly supported by the City of Geneva, the Award will be presented on Oct. 11th. 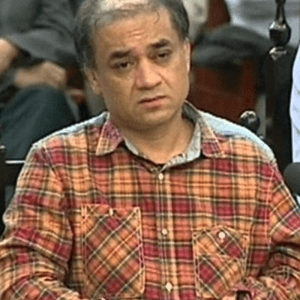 A renowned Uyghur intellectual in China, Ilham Tohti has worked for two decades to foster dialogue and understanding between Uyghurs and Han Chinese. He has rejected separatism and violence, and sought reconciliation based on a respect for Uyghur culture, which has been subject to religious, cultural and political repression in the Xinjiang Uyghur Autonomous Region.

In 1994 he began to write about problems and abuses in Xinjiang, which led to official surveillance. From 1999 to 2003 he was barred from teaching. Since then the authorities have also made it impossible for him to publish in normal venues. As a response, he turned to the Internet to broaden public awareness of the economic, social and developmental issues confronting the Uyghurs. In 2006 he established Uyghurbiz.net, a Chinese-language site, to foster dialogue and understanding between Uyghurs and Han Chinese. Over the course of its existence, it has been shut down periodically, and people writing for it have been harassed.

In 2009, he was arrested for several weeks after posting information on Uyghurs who had been arrested, killed and “disappeared” during and after protests. In the following years he was periodically subjected to house arrest, and in 2013, while bound to take up a post as a visiting scholar at Indiana University, USA, he was detained at the airport and prevented from leaving China.

On January 15, 2014, Ilham Tohti was arrested on charges of separatism and sentenced to life imprisonment, after a two-day trial. Numerous statements were issued by Western governments and the European Union condemning his trial and sentence, and in early 2016 several hundred academics petitioned the Chinese leadership for his release.

Upon his nomination as a Finalist for the Martin Ennals Award earlier this year, his daughter stated: “My father Ilham Tohti has used only one weapon in his struggle for the basic rights of the Uyghurs of Xinjiang: Words; spoken, written, distributed, and posted. This is all he has ever had at his disposal, and all that he has ever needed. And this is what China found so threatening. A person like him doesn’t deserve to be in prison for even a day.”

Martin Ennals Foundation Chair Dick Oosting stated “The real shame of this situation is that by eliminating the moderate voice of Ilham Tohti the Chinese Government is in fact laying the groundwork for the very extremism it says it wants to prevent”.

Razan has dedicated her life to defending political prisoners, documenting violations, and helping others free themselves from oppression. She founded the Violations Documentation Center (VDC), which documents the death toll and ill-treatment in Syria’s prisons. She had started to cover all sides in the conflict when she was kidnapped, alongside with her husband and two colleagues, on 9 December 2013. Her whereabouts remain unknown. 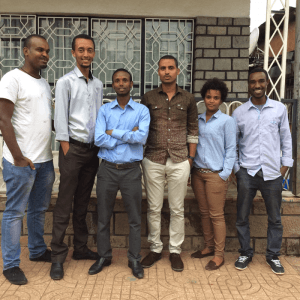 Kality prison in Ethiopia, has 8 zones and holds many journalists and political prisoners. 9 young activists called themselves ‘Zone 9’ as a symbol for Ethiopia as a whole. They document human rights abuses and shed light on the situation of political prisoners in Ethiopia. Six of its members were arrested and charged with terrorism. Although they have now been released, three are in exile while four of the six remaining in in Ethiopia are still facing charges and are banned from travel.